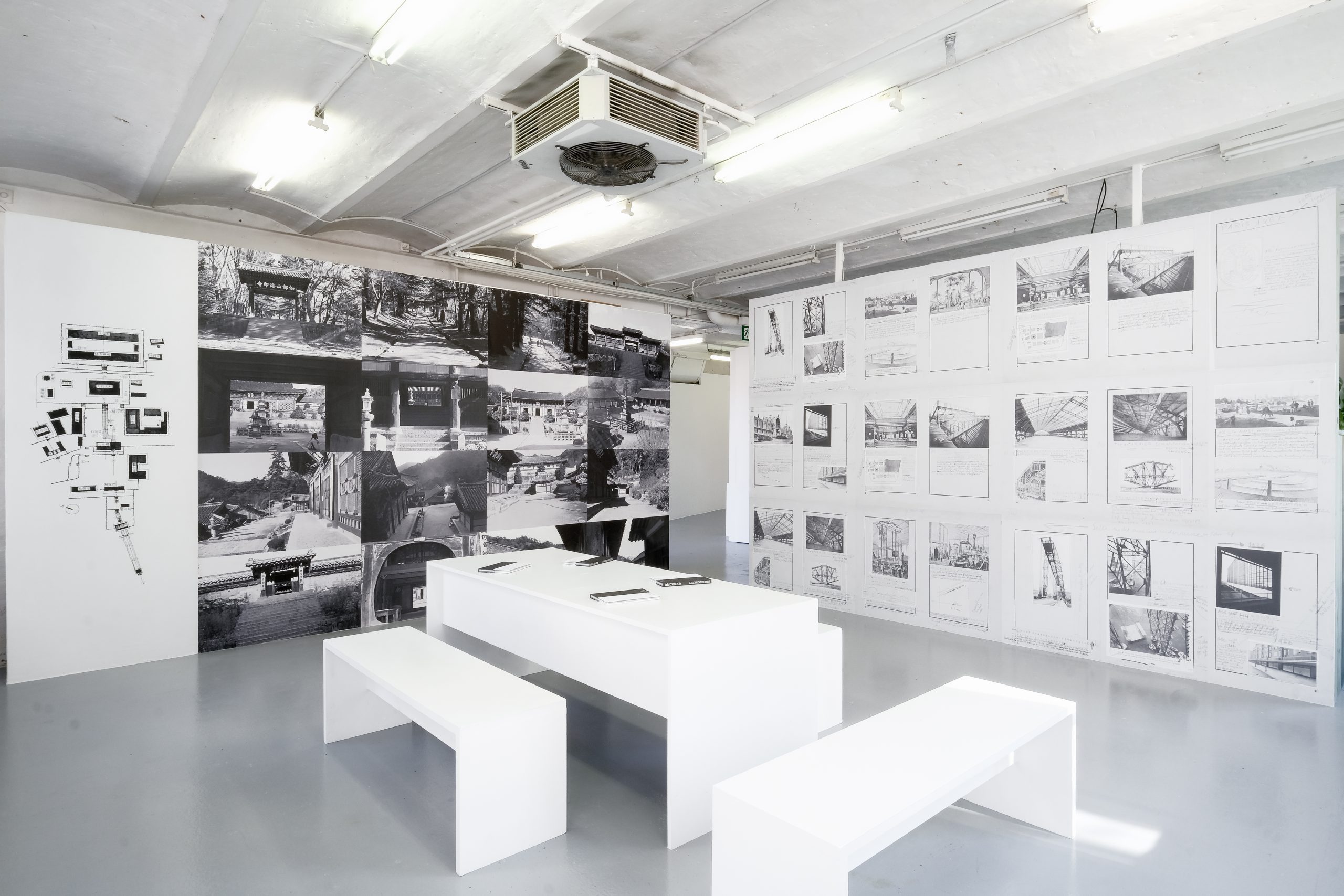 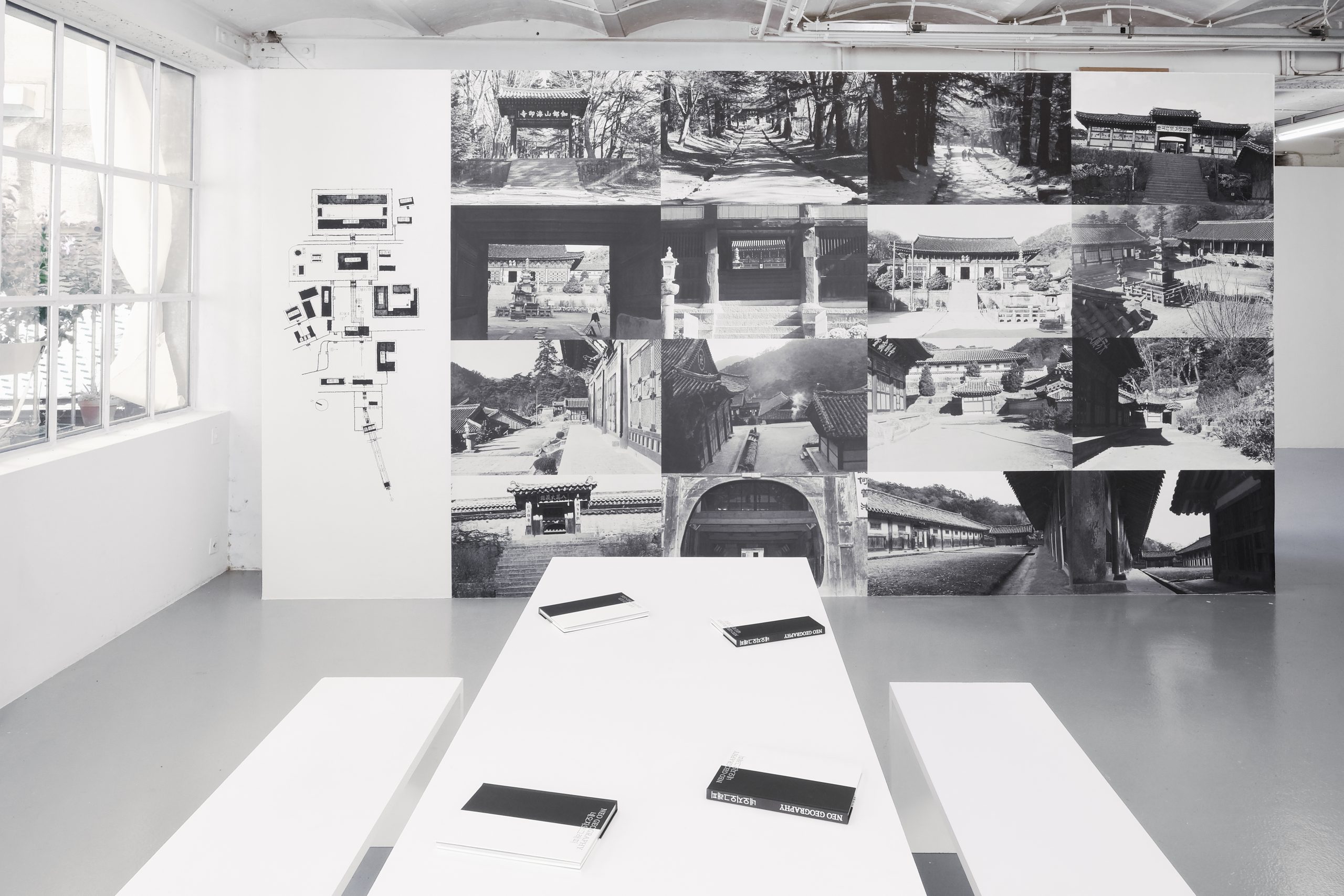 The encounter between two scenes, Swiss and South Korean. The occasion to rethink an exhibition format, the exchange between two art centres. These were the premises of Neo Geography I & Neo Geography II, a project involving three artists based in Switzerland – Chloé Delarue, Tatiana Rihs, Matthias Sohr – and three Korean artists – Yuri An, Hwayeon Nam, Jeehee Park. The six works produced especially for Neo Geography from the invitation of the curators Kyung Roh Bannwart and Adeena Mey to respond to their research, an attempt to go beyond certain curatorial contingencies. Its subjects were the architectural critics Sigfried Giedion and Young Bae Ahn whose textual and photographic montages drew a conceptual link between the two countries, the exhibition appropriating this exchange which, although it did not take place, offered a potential, actualised by the project.

Functioning both as the catalogue of the two exhibitions, at CAN and then at Post Territory Ujeongguk in Seoul in 2017, and including a series of texts by Korean curators and theorists, as well as by the project’s curators, this publication extends the research initiated around modernist thinking and the possibilities they offer to contemporary artists, between Switzerland and South Korea.