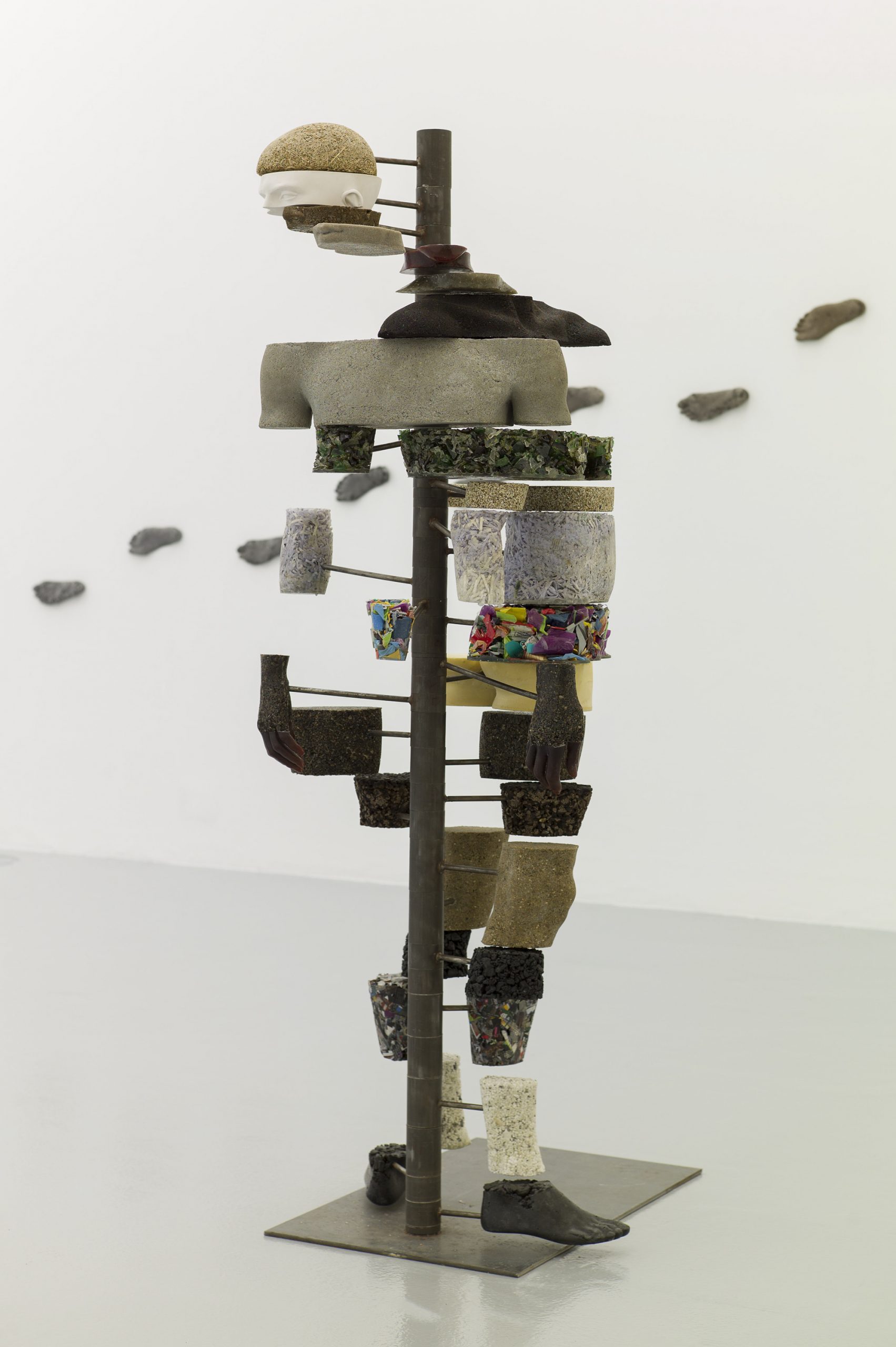 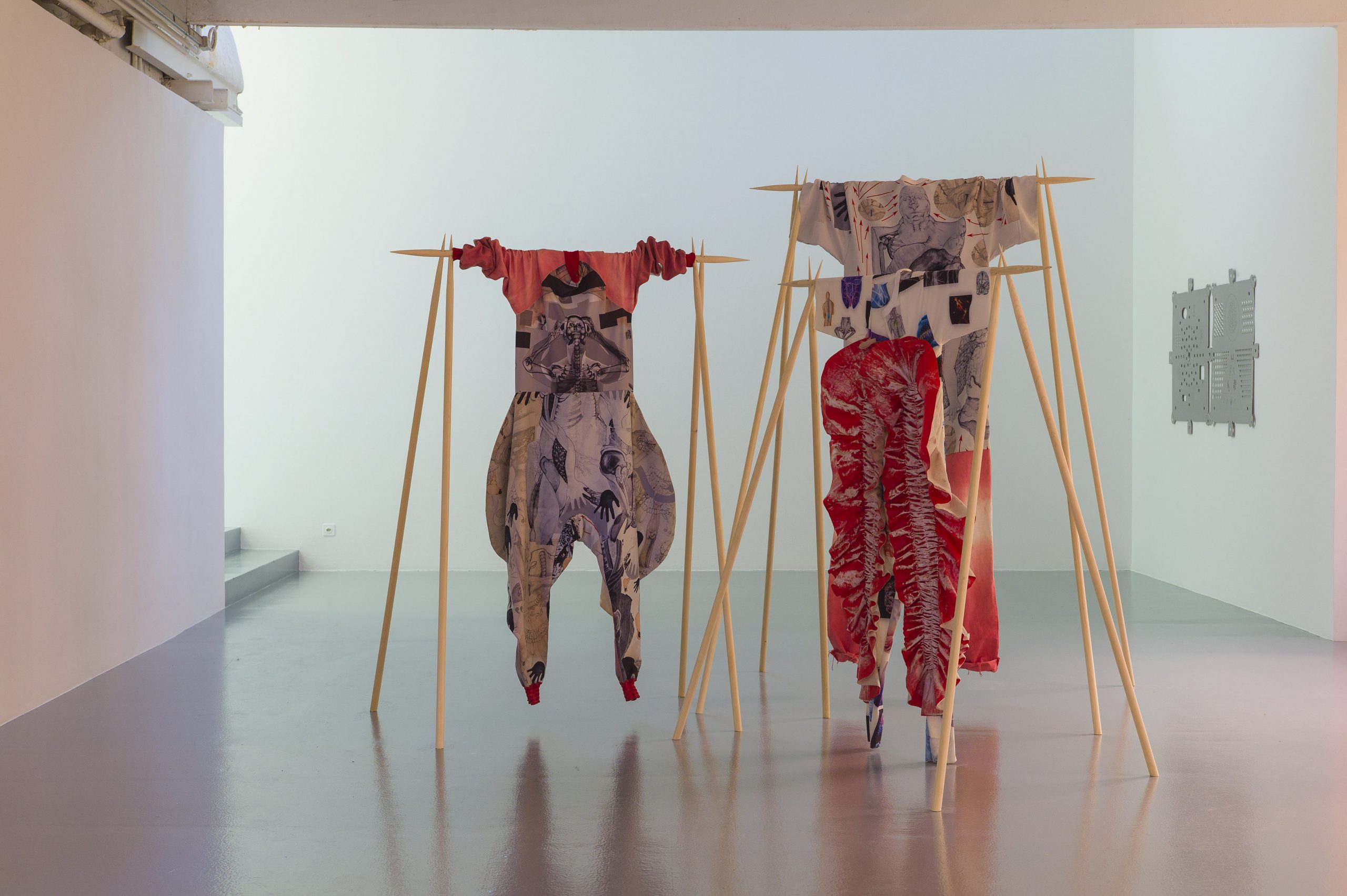 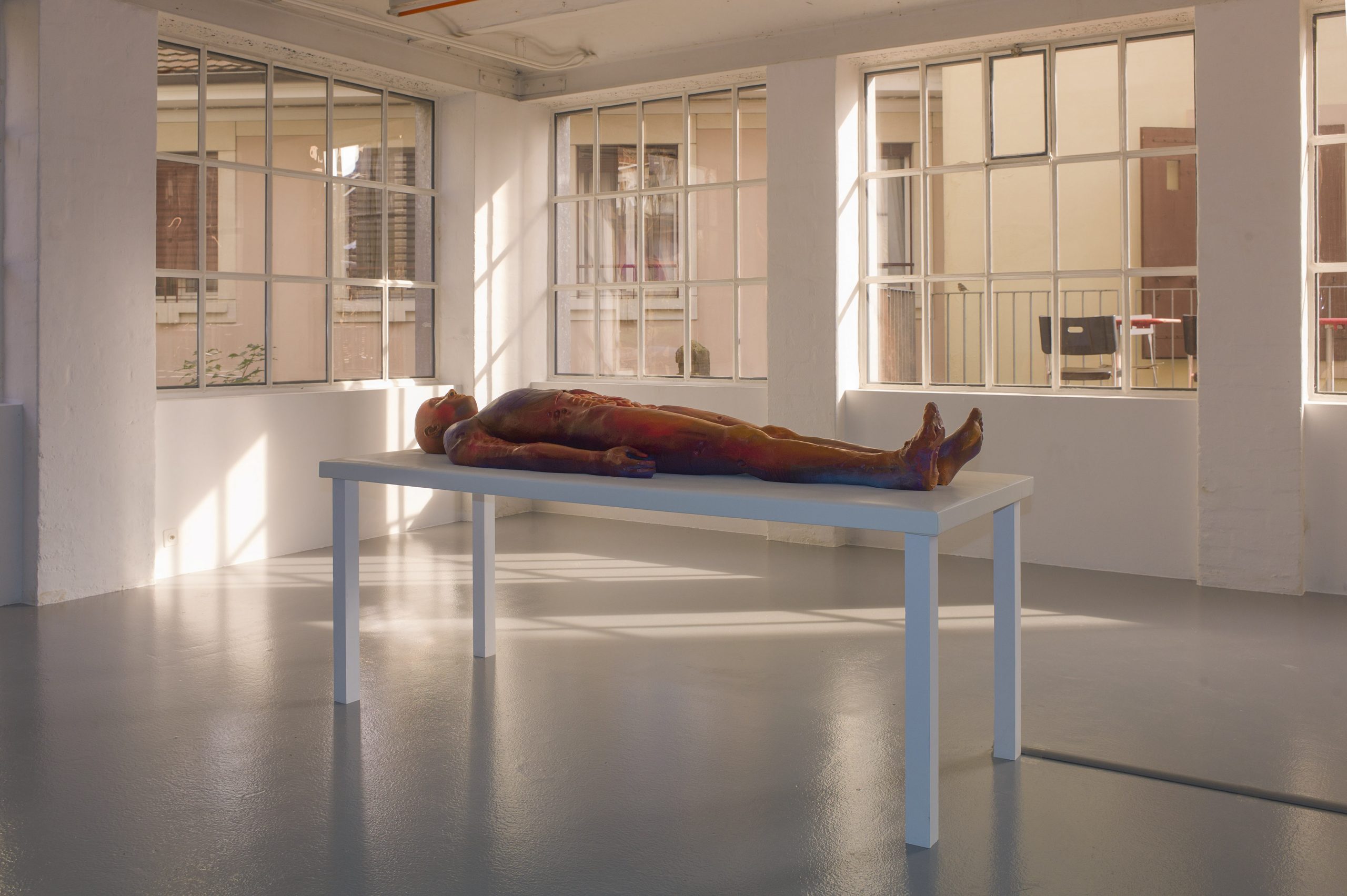 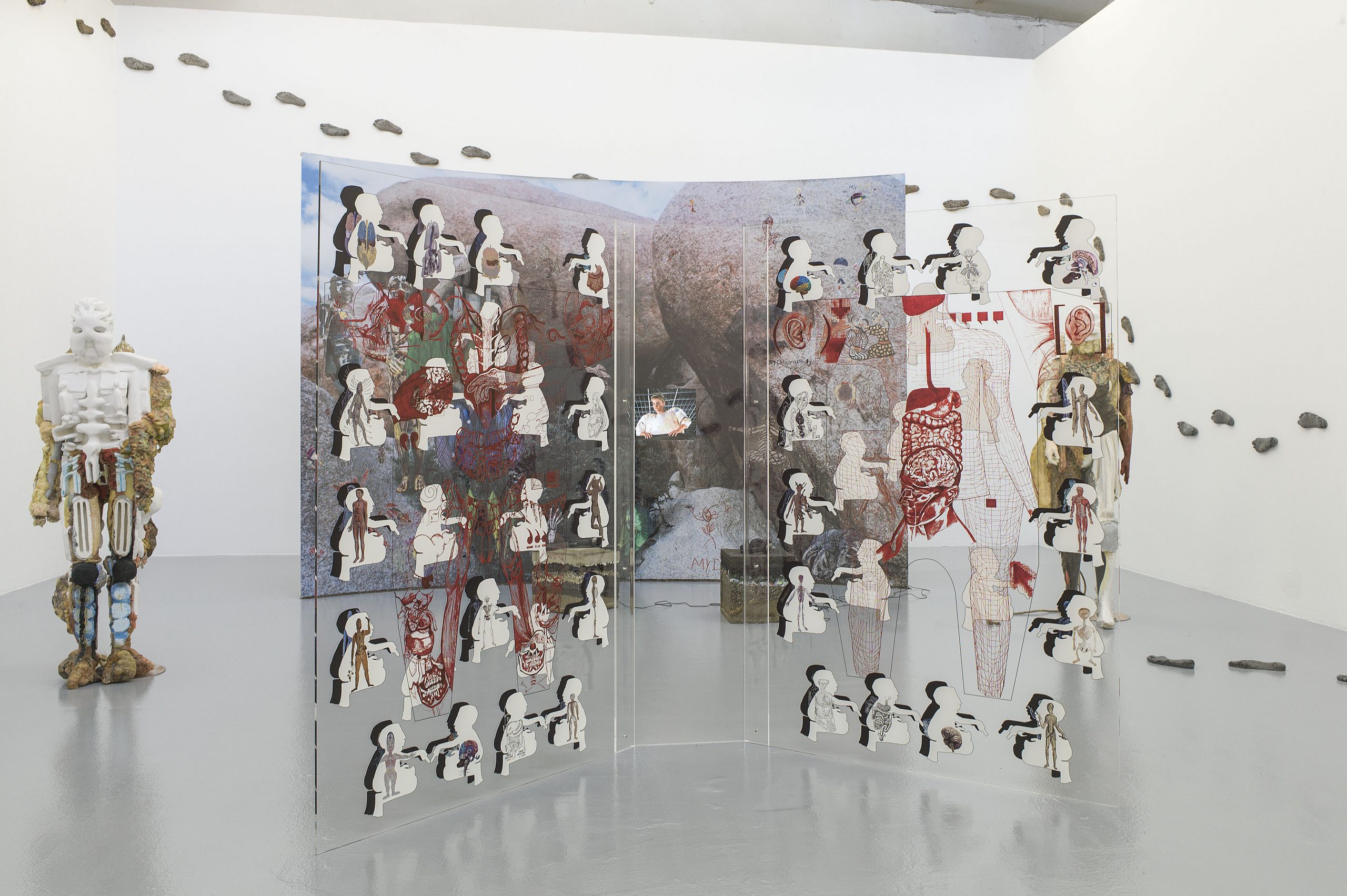 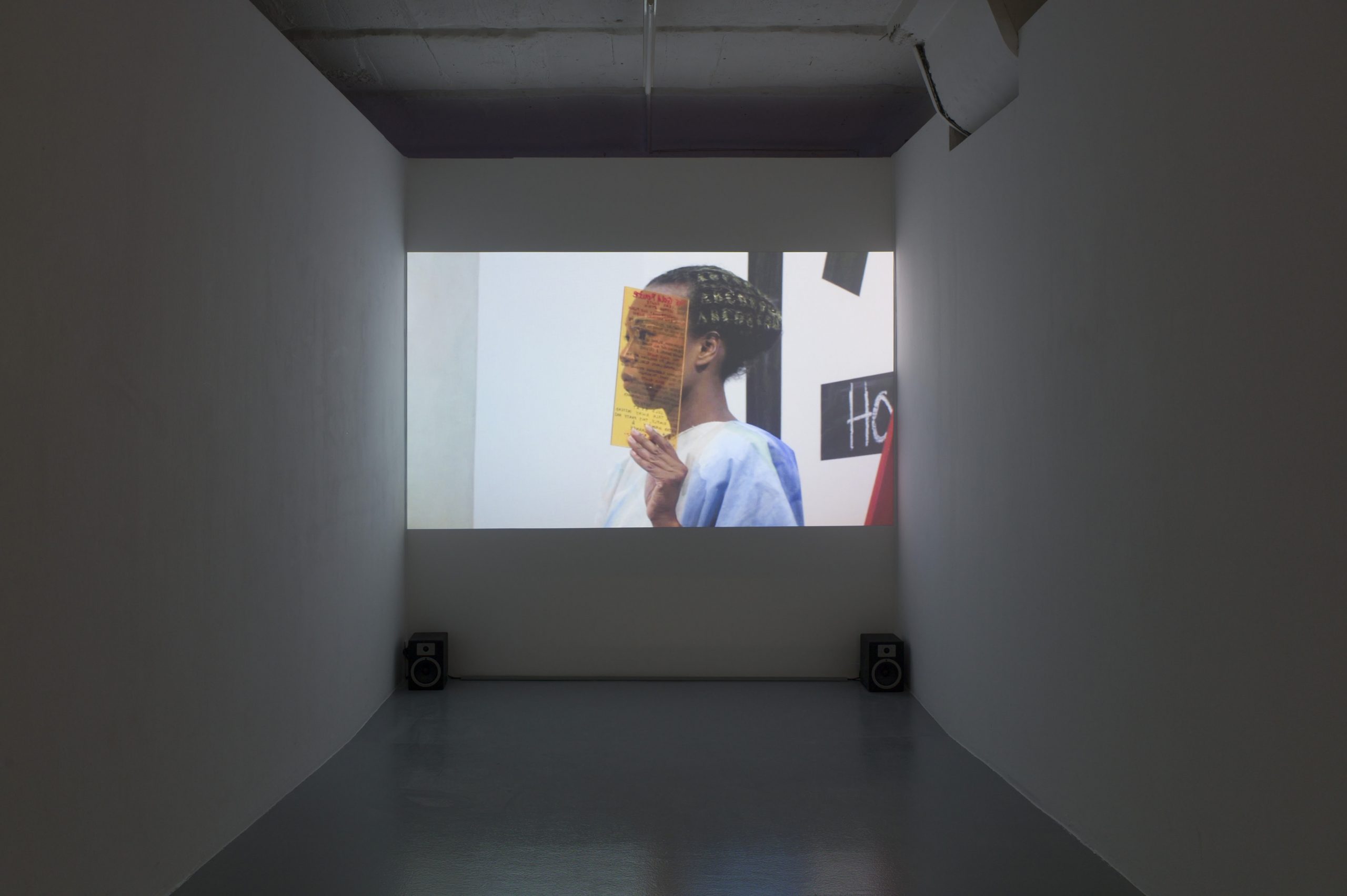 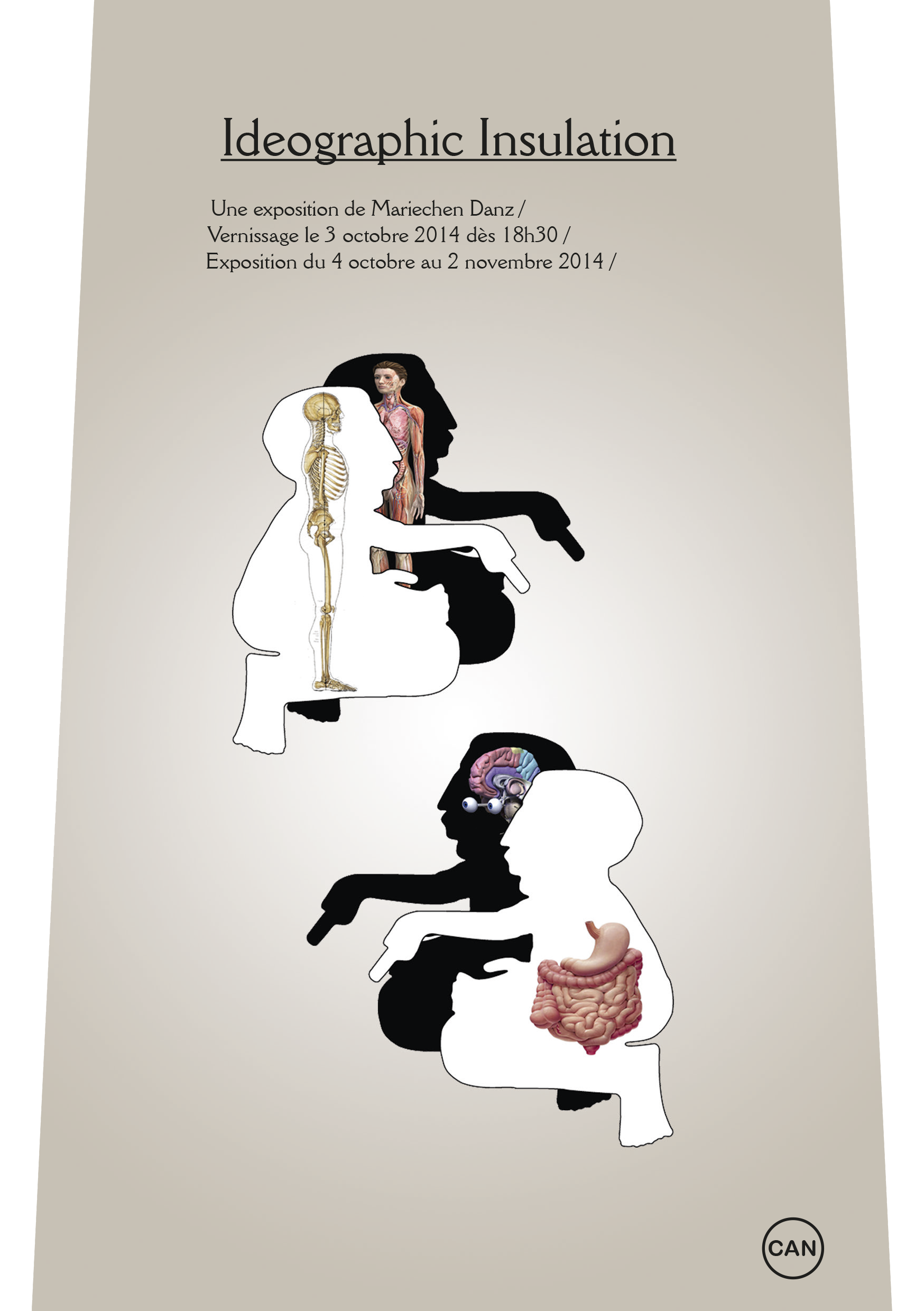 The world of Mariechen Danz is akin to a vast baroque theater in which the body both stands at the core and is the driving force of all connections, the primordial vehicle of thoughts and actions. Her artistic approach always starts with graphite drawings, while the sculptures, objects and installations emerge next. At emphatic moments in her process, she realizes unique and elaborated performances to extend, elaborate and activate the works. Sculptures, drawings and costumes come to life in a sort of total opera that resists any and all classification. The artist doesn’t concentrate on one form of expression above all others, and the various elements making up her work are interdependent and connected, constantly reorganized, enlarged, and transformed in new combinations.

The exhibition Ideographic Insulation features old and new pieces that are specifically focused on the theme of the body. For Danz, the body represents the very experience of knowledge and forms the first limit one has to confront, contrasting the inside and the outside, isolation and expansion, content and the form containing it. She extends this fundamental duality of the body to the constituent ambiguity of all forms of understanding. Danz is a modern prophetess who comes to us as both master and pupil, communicating mainly through problems and questions. In the artistic challenge she takes up, Danz treats limits and the potential errors that are inherent to the politics of knowledge and its transmission as if they were all material for her art. She creates interlinking images of the whole and the part, and looks to show in her work as much as possible the eternal coexistence of subjectivity and objectivity. The human body is always presented in its dual identity of observer and object under observation. In her artistic output, the body indeed becomes the image of knowledge, the organs and their functions revealing its trajectories and constructions.

The costumes she creates look like skins that have been opened up or inflated, parchment maps that serve as the support for anatomical and symbolic ornaments. The bodies and costumes, like all the creations of this eccentric system, bear the mark of language; glyphs, ideographic signs, anatomical diagrams, organs, matrices and outlines blend surrealistically, referring to different facts, myths and histories of various cultures, both old and more recent. Danz is interested in all forms of alternative, forgotten or minority knowledge, knowledge that is liable to create alternatives to accepted thinking. Her phenomenological view of knowledge opens new perspectives to the possibility of extralinguistic vocabularies, inseparable from the idea of plurality and movement. Anatomical discoveries, the Italian Renaissance and the body in mesoamerican culture are among the cultural modes of representation that inspire her. It figures a kind of thinking that closely links concepts of the body with the construction mechanisms of knowledge, a system in which form tends to express thought.

In the profusion of links between images and writing, text only really appears in motion, when it is embodied in performances, written on a blackboard, a wall or a body, manipulated and sung. The use of pop music is a crucial element in her approach. Like many of the artist’s gestures which tend to pay equal attention to all things, it puts elitist and popular culture on an equal footing. A perfect means of communication thanks to the accessibility of the format, pop music and sung texts generally exercise in her performances their mnemonic, rhythmic and poetic functions, drawing in information. The power of pop, which emanates from both the objects and the actions, seems to chemically activate an immediate feeling of integration and understanding. Although partly illusory, this almost physical state of consciousness is sometimes deliberately altered by the appearance of abstract, complex, or incomprehensible elements that tip the audience over into a visceral tension that the artist constantly seeks to emulate.

The transfiguration of the world is brought about by play and the power of the grotesque, which in Danz’s art takes on its full meaning and panache in the institutional setting. The didactic, scientific and museum installations that she builds are animated by enormous ludicrous figures, fascinating, imperious and absurd. The artist’s deep interest in the decisive beginnings of knowledge and its origins, however, doesn’t stop her from ridiculing the ethnocentric pitfalls of thought and the failed attempts at historical summaries.

The performances heighten the dynamics and coherence of her body of work, extending and elaborating on the autonomous status of the sculptures and installations. For the exhibition at CAN, the artist is presenting new monumental and singular sculptures, which seem to contain at their heart an idea of action and the key attributes of the living. Mariechen Danz’s exhibitions condense a long artistic process and integrate a large number of the pieces and questions the artist is continually developing in a total, evolving project. This endless calling into question—of objects, thoughts and words—is based on a philosophy that seeks to explode certitudes in a subtle balance of naivety and erudition. To learn and unlearn in Danz’s art are one and the same mental hygiene.

Mariechen Danz, born 1980 in Dublin, lives and works in Berlin. Danz studied at Universität der Künste, Berlin, Gerrit Rietveld Academy, Amsterdam and received her Masters in Art and Integrated Media at the California Institute of Arts in 2008. Her work has been featured in institutions such as GAK- Gesellschaft für Aktuelle Kunst, Bremen, Kunsthaus Bregenz, New Museum, New York and Palais de Tokyo, Paris. She is the recent recipient of the Karl Schmidt-Rotluff Prize (2014) & the Villa Romana Fellowship (2013).

Exhibition from October 4 to November 2 2014